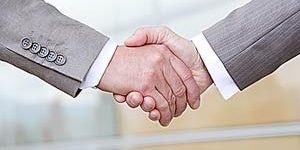 Australia has seen its fair share of catastrophic disasters this year. In response, the Government has announced the creation of a $3.9bn Emergency Response Fund. The Fund will provide $150m per annum from 2019-20 to 202-24 following a significant and catastrophic natural disaster. This funding is applied where the disaster requires funding beyond relief measures already in place.

A previously announced $3.5bn package of measures will support Australia’s 2030 climate commitments. These include:

$75.5m over 7 years will be provided for investment in network infrastructure, dispatchable generation and reliable energy supplies in the National Electricity Market.

The Government has been busy securing international tax and trade agreements. We note these as Australia’s role in the region, security, and export markets rely on these agreements.

The Government signed the Convention between the Government of Australia and the Government of the State of Israel for the Elimination of Double Taxation with Respect to Taxes on Income and the Prevention of Tax Evasion and Avoidance on 28 March 2019. The Convention relieves double taxation and lowers withholding tax rates on interest, dividend and royalty payments.

The Governments of Australia and Hong Kong signed a free trade agreement on 26 March 2019. This agreement has not as yet been ratified. Under this agreement zero tariffs will be locked-in on goods, market access will be guaranteed for services suppliers, and conditions for two-way investment defined.

The governments of Australia and Indonesia signed the Indonesia Australia Comprehensive Economic Partnership Agreement on 4 March 2019. The agreement reduces non-tariff barriers to trade and over time will allow 99% of Australian goods exports to enter Indonesia duty-free or with significantly improved preferential arrangements. This agreement is yet to be ratified.

Effective from 1 January 2020, the following countries will be added to the list of those exchanging taxpayer information. As part of this, residents of these countries are eligible to access a reduced withholding tax rate of 15% (instead of the default rate of 30%) on certain distributions from Australian Managed Investment Trusts (MITs):

If we can assist with any additional information or you need advice on any of the measures announced in this Budget then please contact your account manager who will be able to assist you further. Read or download our Full Budget Summary here.