Why now’s a perfect time to upgrade your equipment 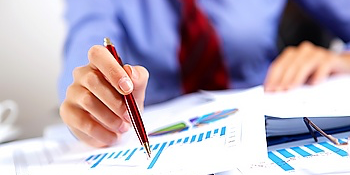 The $20,000 tax break for small and medium business has been popular, but it’s not guaranteed to survive the next Budget – so best get in now.

In 2015 the federal government announced that it would put a $20,000 immediate tax deduction in place for depreciating assets for companies with a turnover up to of $2 million.

It was so popular that the following year the government widened the scope of the scheme to businesses with turnover of less than $10 million.

The scheme was intended to run for a couple of years, and is scheduled to end at the end of the financial year.

The government is expected to make a decision on whether or not to extend the scheme in this year’s federal budget. It would be against the odds if it were to scrap the deduction – but nothing’s certain in this world.

How can you take advantage of this scheme before the 30 June deadline?

What kind of assets can I get?

The type of asset you can buy needs to be a depreciating asset and it needs to be worth less than $20,000.

A depreciating asset is one used in the course of business which has a limited shelf-life and is expected to decline in value.

For example, you may buy a shiny new laptop computer for your business, but in a couple of years that laptop isn’t going to be so shiny.

Previously the depreciation of the asset played out over several years – so you got a bit of a deduction one year and another one the next year and so on. Under the government’s scheme, you get the entire thing in one hit – which makes it much simpler.

Things that qualify include:

Things that don’t qualify include:

Knowing what qualifies and what doesn’t is one thing.

At Mitchell Partners, we provide tax planning and tax structuring of business and financial transactions taking your ideas through implementation to outcomes. We look after all your compliance matters including preparation of financial statements, tax returns and corporate compliance for companies, trusts, superannuation funds, joint ventures, partnerships and individuals. Call us in Surrey Hills Victoria on 03 9895 9333.